According to Nielsen, NutiFood's GrowPLUS + Ready to drink Milk is the leading brand in terms of market share in the nationwide Ready to drink milk segment with a market share of 37.4% compared to the second brand with 19.1%.
The certification is resulted from Nielsen survey covers the national market including traditional retail and modern retail channels (excluding MM Mega Market Vietnam) from January 2017 to December 2017 in the powdered milk and liquid milk market domestically. This is also the second consecutive year GrowPLUS + by NutiFood received this certification.

Talking about the success, Mr. Le Nguyen Hoa, Vice President of NutiFood said, "We are very proud of this result because it shows the level of GrowPLUS + by NutiFood, a product of a pure Vietnamese company has won the products of the multinational companies which have been in the market for many years in Vietnam. We are proud of when having visited through many Southeast Asian countries and expanding to some Asian countries , then we noticed that no specialty dairy product of a local company that can override the products of the multinational companies, except for Japan because the country is a matter protected by the government. This result is thank to the fact that GrowPLUS + by NutiFood is trusted by mothers, word-of-mouth transmission to other mothers. Thanks to this trust and way of" word-of-mouth transmission ", the growth rate of GrowPLUS + at just a few hundred billion, by 2017 has increased to several thousand billion and achieved steady growth over recent years.

“Particularly about the Ready-to-drink milk, NutiFood has started research in 2010 to solve the difficulty of mothers do not have conditions to make formula for children when they work far away, with a convenient ready-to- drink milk package with the same amount of nutrition as the standard preparation powdered milk in equally volume. We have invested in modern equipment to assure that the products are sterilized, while retained the nutrients as vitamins, minerals, amino acids that are easy to be lost at high temperature. We are content to meet the needs of the society, as today, NutiFood's ready-to-drink milk is consumed increasingly, making NutiFood's GrowPLUS + to become the number one ready-to-drink milk of Vietnam”, said Mr. Le Nguyen Hoa.

INTRODUCTION OF GROW PLUS+ BY NUTIFOOD

GrowPLUS+ was the product created from the concern of nutrition experts in NutiFood after many years as a doctor and of treatment for malnutrition children in Vietnam. For nearly 5 years, NutiFood's research and development team has been working diligently to create NutiFood's GrowPLUS+, a special product for malnourished and underweight children, introduced on April 1, 2012 in the market. This was the first and unique product in the market in Vietnam and the world particularly for malnutrition and underweight children.

NutiFood cooperated with the National Nutrition Institute to carry out the clinical study to prove the effectiveness of GrowPLUS+ on nutritional status, immunity and mobility development of underweight children in Bac Giang province, Vietnam.

After 6 months of carrying out the study, nutrition experts monitored, evaluated and indicated significant improvement in malnutrition, underweight, anorexia, reduced rate of children with respiratory infections , diarrhea, constipation, that helps children to gain weight and height better than children who did not use GrowPLUS+ by NutiFood obviously. The results also indicated that the percentage of mothers who believed in the product and felt that the product was suitable for their children was up to 93.4%, 83.6% thought that GrowPLUS+ made the baby gain weight and sleep better while 82% thought that the product makes baby eat better.

NutiFood researched and developed a specialty product for children such as underweight children with an exemplary scientific process to develop an effective formulation based on the "PREMIMUM NUTRITION SYSTEM + DELICIOUSNESS", help GrowPLUS+ by NutiFood is populated by malnourished children. 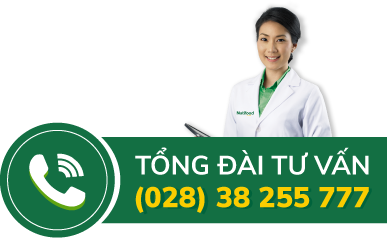